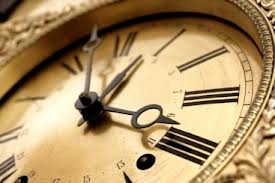 Spoiler Alert: Turns out, the clocks were just a red herring after all!

Let me preface this post by proclaiming my literary love of Agatha Christie. I’ve read nearly everything she’s written (yes, my devotion runs that deep) and am continually impressed by rich character development, complex plotlines, and remarkable ability to compete with the most prominent male mystery writers of her (or any) age.

Let me then introduce my beef with The Clocks. While arguably one of her most complexly layered novels (largely due to the fact that murders and spies abound in this tale), it’s received mixed reviews by critics (largely due to the slightly disappointing conclusion about the mysterious clock business).  My critique lies in the portrayal of the blind Miss Millicent Pebmarsh.

Here’s a quick and dirty summary of the story, just so we can situate her character within the larger narrative. Sheila Webb, a typist for-hire, arrives at the home of Miss Pebmarsh one afternoon to do some secretarial work. Instead, she discovers the corpse of a well-dressed man in the sitting room. Miss Pebmarsh arrives home and, because she is blind, almost steps on the man. Sheila screams at her not to tread on him, runs out of the house, and into the arms of Colin Lamb, a private investigator of sorts, who was in the neighborhood following the clues of an espionage case. (The intriguing business with the clocks is that four were added to the sitting room, all stopped at 4:13—coincidence? The investigators think not.)

The case unfolds interestingly enough, with more dead bodies piling up and romance developing between Sheila and Colin. After many twists and turns, the murder investigation is solved… but what of Colin’s case of espionage? Hercule Poirot (who has taken a very hands-off approach to the investigations) inspires Colin to think of his investigation in a different light, and he again arrives at the home of Miss Pebmarsh.

When we are first introduced to Miss Pebmarsh, she tells the investigators, “I am—was—a schoolmistress by profession. When I was told nothing could be done about my failing eyesight and that I should shortly go blind, I applied myself to become a specialist in Braille and various techniques for helping the blind. I have a job here at the Aaronberg Institute for Blind and Handicapped children” (14). While her postion could have been one of woe misery due to her disability, she instead decided to help others. She lives independently and constantly astonishes the investigative team with her self-sufficiency and ability to keep a cool head in the face of the disturbing murder at her residence.

But when Colin returns to the home of Miss Pebmarsh he realizes she is the traitor who is leaking intelligence to “other side” during the Cold War, who he was originally searching for. He gives her credit that her “cover is very good. You’re blind, you work at an institute for disabled children, you keep children’s books in Braille in your house as is only natural—you are a woman of unusual intelligence and personality” (293). In a bizarre turn of events, Colin realizes Miss Pebmarsh is also Sheila’s biological mother and, gentleman that he is, offers her a two head start to outrun the “special agents” who he has alerted to the situation. Instead, Miss Pebmarsh tries to stab him with a “small very deadly knife” (295). She refuses his head start saying, “there are always opportunities—even in prison” (295).

Wow. So what’s the message here? That people with disabilities are somehow “not what they seem,” are “faking it,” or are “benefitting” from their disability in some way that most able-bodied citizens have yet to realize? That people with disabilities will take advantage of you in every conceivable way (down to the point of stabbing the man who came to warn you)? That we, the able-bodied public, need to be very, very wary of differences and the seemingly benign motivations of the disabled?

Some may say that the book’s publication date of 1963 excuses it for the stereotypical portrayals of disability… I would disagree.  I think Christie fell subject to the prevailing opinions and anxieties of the day. I was shocked by the conclusion, especially after the fairly progressive initial portrayal of Miss Pebmarsh. But again, this conclusion upholds the notion that women with disabilities who are “too masculine,” in their independence and education are a threat, and that the cultural anxieties surrounding them are valid.

Overall, a disappointing end to a novel that I had much higher hopes for.